Birds of the Grand Canyon – Facts for the Wildlife Enthusiast 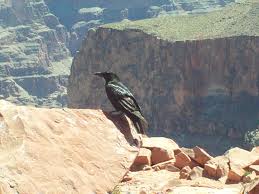 Birds of the Grand Canyon – Facts for the Wildlife Enthusiast

While many random Grand Canyon facts abound for travelers, one of the most basic – yet most important – is that the National Grand Canyon has always placed the wildlife of the park as its highest priority. This is wonderful news for wildlife enthusiasts! Birdwatching is considered to be an exceptionally popular activity that numerous guests to the Grand Canyon indulge in – especially around the South Rim of the national park. When reviewing the Grand Canyon facts, you will discover that the national park is on the main path of a main migratory route that is used by various types of birds of prey. If you have an interest in seeing the birds of the National Grand Canyon, you should schedule one of the many tours – either a helicopter tour or a land tour – in order to get the best view.

As you review Grand Canyon facts, you will quickly find that there are many types of birds that reside in and around the park. While touring the magnificent and stunning National Grand Canyon, you will observe beautiful Golden Eagles, and Bald Eagles. You will see bold Hawks and Kestrels. In addition to this, you may find Peregrine Falcons soaring high about the park. One of the most famous, yet rarest, birds that may be found in the National Grand Canyon is the California Condor. This is considered to be the single largest land-based bird within North America. It has a wingspan of an amazing nine feet, and is often found within the Grand Canyon during the summer months. While the best season is observe the birds in the national park is during the fall months, these amazing creatures may be seen, watched, and enjoyed all year long.

The wildlife that is part of the Grand Canyon has always been considered to be an important element to the lure and beauty of the park. Besides the amazing landscapes of the National Grand Canyon, the wildlife – such as the birds – is a popular reason among tourists to pay a visit to the park. According to Grand Canyon facts, in the year of 1906, the President, Theodore Roosevelt, stated that a portion of the park should be dedicated as a Game Preserve. This was one of the first steps taken to protect the wildlife throughout the region, and those efforts have been ongoing. Environmentalists, the individuals that reside around the National Grand Canyon, scientists, and even tourists work each and every single day in an effort to safeguard not only the beauty and appeal of the park, but, all of the animal species that reside in and around the park.