Grand Canyon Snakes – An Outline of the Rattlesnakes in the Park 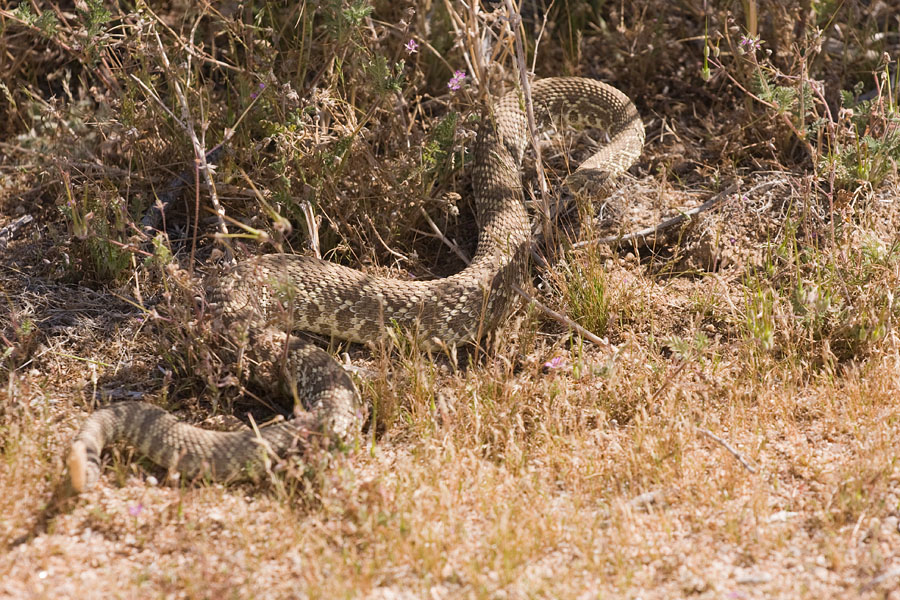 Mojave “Green” Rattlesnake
When it comes to Grand Canyon snakes, the Mojave rattlesnake is one of the most feared – and, for a good reason! This snake possesses venom that is considered to be more potent than any other type of snake located within North America. These reptiles have a head that is triangular-shaped and markings along the body that are in the shape of diamonds. The Mojave Rattlesnake is brown if it resides in the lower elevation areas and green if it is located in higher elevation areas. This reptile is most active in the Grand Canyon between the months and April and September. These snakes are commonly located in shrubs. Many consider it to be the most dangerous of all snakes. Not only is it aggressive, the venom that it possesses is considered to be highly complex and contains hemolytic elements and neurotoxic elements. It should be avoided, at all costs. Each year, this snake accounts for several different deaths. 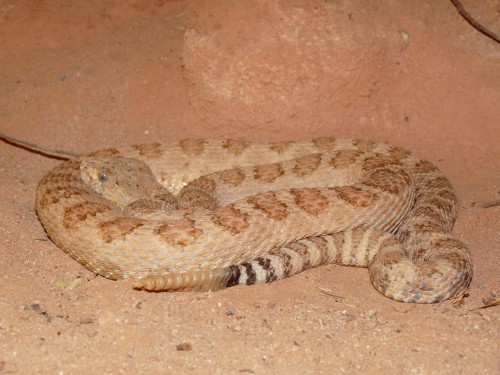 Grand Canyon Pink Rattlesnake
The next of the Grand Canyon snakes that we would like to cover in this guide is the Grand Canyon Pink Rattlesnake. This is the only snake within the national park that is found in no other location – in the entire world! In order to blend in with its surroundings in the inner region of the gore, this particular snake has a pink-like coloring. It is believed that it blends so well with its surrounding that it goes completely unnoticed by most visitors to the national park. This snake is a docile snake and only strike if they feel threatened. This snake is related to the Western Diamondback and is typically anywhere from 16 inches to 54 inches in length. It has dark blotches on its body that typically transform into bands near the tail region. Stemming from the pit vipers, this snake is highly venomous. 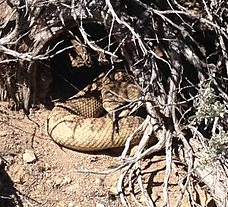 Great Basin Rattlesnake
The Great Basin Rattlesnake is a very lengthy reptile that is commonly located in areas of the Grand Canyon that are considered to be sandy and exceptionally dry. In most instances, this type of snake will curl underneath a bush in order to veer away from the extreme temperatures. This snake is light brown in color, but, may be gray with a touch of brown-colored blotches along the back. The scales are very large and are keeled. In most instances, this snake will not attack; however, if provoked, many complications may occur.

Conclusion
Now that you know what types of Grand Canyon snakes there are in and around the park – in terms of rattlesnakes – you may now conduct your own research and learn a bit more about these species. Snakes often provoke and instinctual-based fear and tremendous loathing among people; however, it is important to know and understand that all of the Grand Canyon snakes outlined in this guide are protected in the national park. You should avoid harassing or harming these reptiles, in any manner. By staying on the created trails within the park, you will have less of a chance of running into these creatures or experiencing a bite. If you run into one of these Grand Canyon snakes, simply provide them with ample room to move and respect the fact that the area serves as their home and you are merely a visitor.