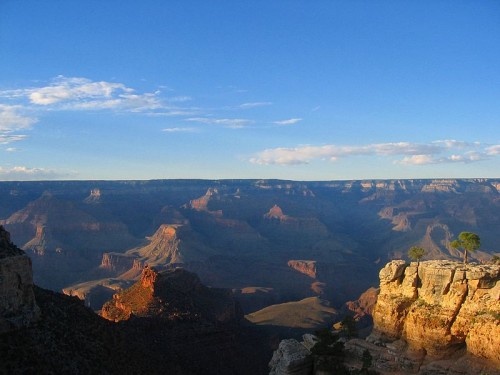 Many people have seen the Grand Canyon and know it’s awesome majesty. It’s considered one of the Seven Wonders of the World, and rightfully so! It’s such an expansive and amazing natural feature, that it’s difficult for viewers to grasp its immensity all at one time.

What’s even better about it is the Grand Canyon is even more amazing than it appears. Here are five very interesting and fantastic Grand Canyon facts that you might not know!

You can see the Grand Canyon from space!

Yes, the Grand Canyon is even more visible to the naked eye of an astronaut floating in the international space station than the Great Wall of China. It looks like a big scar running across America’s desert southwest. Some photos from low orbit from satellites and other craft are absolutely out of this world.

There have been no dinosaur bones found in the Grand Canyon.

You’d think that a gouge made by the Colorado River that took millions of years to form would have some dinosaur bones around, but it doesn’t, and it likely doesn’t have any anyway! In terms of geological time, the Grand Canyon is pretty new- as it began forming about 6 million years ago. The dinosaurs disappeared around 65 million years ago. There have been plenty of lizard footprints, mammal remains, and other more recent findings but not a single dinosaur tooth has been found.

Native Americans still live in the basin of the Grand Canyon.

For the last 800 years, the Havasupai tribe has lived in a village on the Havasu creek, a tributary of the Colorado River that gouges the canyon. Their name means “Of the Blue Green Waters”. Their small village suffers from frequent flash floods, and they support themselves by operating a very lucrative tourist business encompassing various beautiful waterfalls and sightseeing the local beautifully colored waters that gives the tribe its namesake.

People die at the Grand Canyon- a lot.

From 1925-2005, 53 people fell from either suicide or accident over the rim of the canyon. There have also been people who have driven their cars straight off of the rim, like the legendary American duo Thelma and Louise.

And finally, the Grand Canyon isn’t the biggest and baddest of them all when it comes to sheer size.

There’s a canyon in Tibet that’s longer and deeper- the Tsangpo Canyon in the Himalayas. Regardless, the Grand Canyon comes in second, but comes in first with its beauty and mystique. And, because of the natural viewpoints of the Grand Canyon, the ability to take in its view from top vantage points all around it is unprecedented and very unique.

There are many more interesting Grand Canyon facts that many people don’t know about. In fact, there are many people that have yet to take in the beauty of the Grand Canyon with their own eyes. Appreciating such an amazing natural wonder beyond what you can see is a great way to experience it in a deeper and more meaningful manner.

We hope you’ve enjoyed these five fantastic Grand Canyon facts and see you soon on one of our tours. 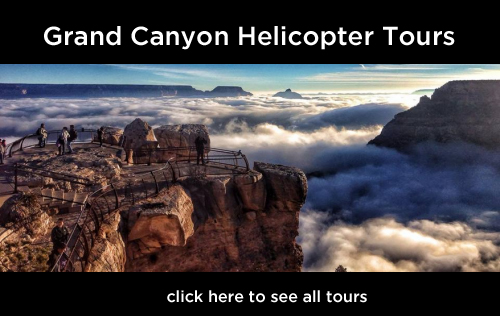