Rock Squirrels Considered the Most Dangerous Animal at the Grand Canyon

Mountain lions, black bears, a charging elk. These sound like pretty dangerous animals, right? Based on local emergency room visits, the rock squirrel is actually the most dangerous animal of all the Grand Canyons inhabitants. 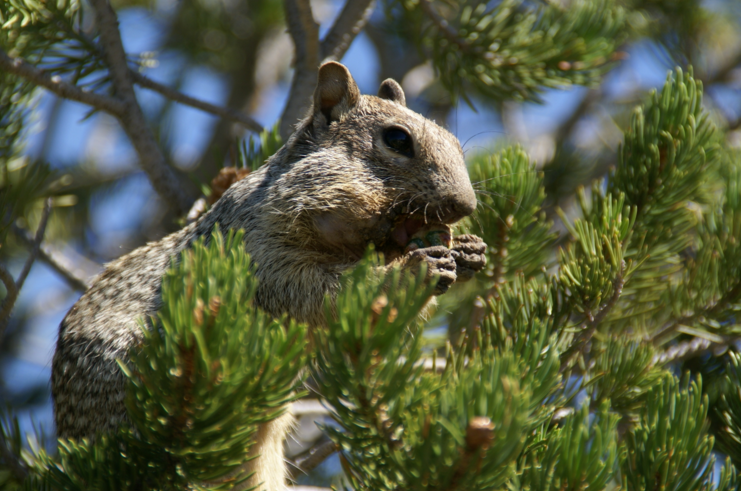 Thousands of these innocent looking creatures hang out in the national park. But Park Rangers often describe them as both “unforgiving” and “absolutely ferocious”.

If you are planning a tour, crazy as it may sound, you should probably be aware of the rock squirrel to ensure your safety while touring the Grand Canyon. 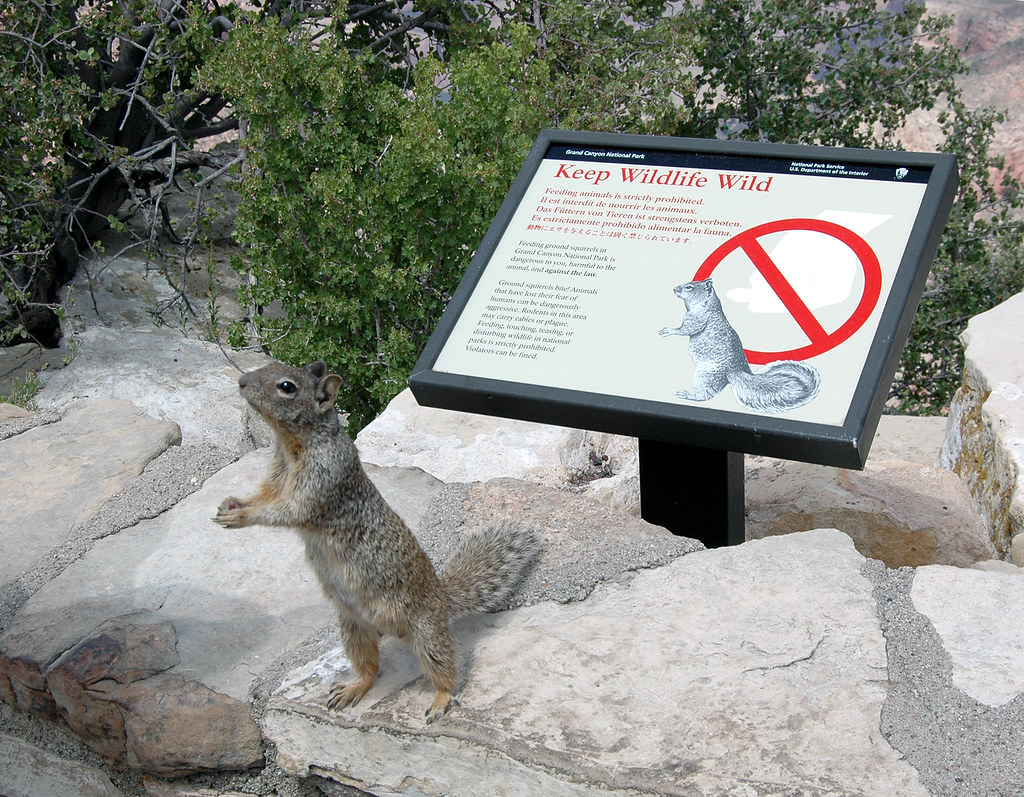 Don’t Be Tempted! Besides the parks disencouragement of feeding wildlife, Rock Squirrels can be mean.

The rock squirrel is a very large ground squirrel that measure anywhere from 17 inches to 21 inches long. They are a molted gray on the top side of the body with mixtures of brown and whites on its underside.

The tail is long, busy, and has white edges. It likes to live in the Grand Canyon because it prefers rocky habitats. As you explore the national park, you will likely observe them on the canyon walls, the cliffs, the slopes, on rock piles, and burrowing beneath rocks to create dens.

They prefer to feed on pine nuts, cactus, sumac, saltbush, and similar items. It also consumes cricket, grasshoppers, and will even feed on dead animals.

Rock squirrels are diurnal. That means, they are highly active in the daytime, morning and late afternoon to be exact… Exactly when human traffic is high at the Grand Canyon.

They live in colonies and will work as a team. They’ve been known to lure in unsuspecting tourists and then attack them. In fact, people of all ages have actually been attacked by these creatures.

If you are taking a trip to the National Grand Canyon, try to avoid coming in close contact with any type of squirrel as you tour the region.

We’ve painted a grim picture of the Rock Squirrel here. The fact is that most squirrels are not aggressive. Some can even be pretty friendly if they’ve learned that people will give them food. We believe that it’s is much better to be safe than sorry.

Each year, many tourists end up in the emergency room as a result of rock squirrel attacks.  While a squirrel bite might not be the most life threatening, it’s frightening to know squirrels might carry a disease.

Here in Zion Park, this tenacious little guy won’t give up, and there are more coming.

“It can be hard to believe that a safe distance is as much about the animal’s welfare as it is about yours, but it’s true.” NPS

Feeding wild animals in any National Park is discouraged, even illegal. They suggest maintaining a safe distance is ideal when encountering all of the parks creatures.

The Grand Canyon is an amazing location to visit. While most have seen images of this from the internet, those that have seen it up close say that the experience is like none other.

While touring the park, it is important to be considerate of the local wildlife. Most will not bother you if they do not feel threatened; however, the rock squirrel is a bit more aggressive in this manner.

Ready to visit? Check out our Grand Canyon Tours, and of course our specialty, helicopter tours.