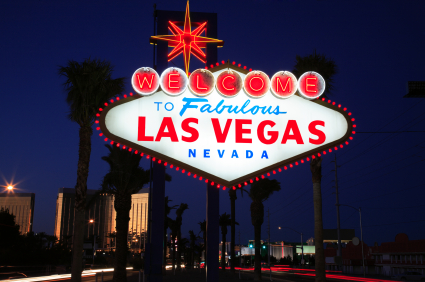 Business can be tough, very tough at times. If you run a company you’ll know that all those hours spent drumming up business can take its toll. Work can be hard to come by; you could be faced with reliability problems, shipping problems, and all sorts of stuff that you’d never really think of unless you run a company. Then there are staff issues, people going on vacation at the worst possible time, trying to bring in replacements, training, excuses, and the all-important issue of staff morale.

It may be that your employees have put in an extraordinary amount of work over the past months, and as a result the business has gone from strength to strength. You want to reward them, but you have no idea what to do. A bunch of flowers and a box of chocolates each just don’t seem to be enough. How about treating your staff to an all expenses paid, Ultimate VIP  Package? This can be a really cool way to say thank you, and can be a lot of fun for you too! With Grand Canyon Helicopter Tours, there are actually a lot of Las Vegas tours available, but the Ultimate VIP package really is one of the best. It includes a helicopter ride, VIP treatment in a limousine, and guest list access to one of the many bars and clubs Las Vegas has to offer.

The duration of the whole package is about five hours, and you start off with a limo ride from your hotel down the world famous Las Vegas Blvd. The limo is well stocked with drinks; both liquor and mixers, so while you’re cruising along the streets of Las Vegas you’ll really feel like a VIP. You’ll even be allowed to stand up and look out the sunroof, if you like that sort of thing!

Next stop is at a private airstrip, where you’ll exit the limo and get ready to go on a helicopter ride above the streets of Las Vegas. This really is a thrilling ride, as you are given a personal guided tour of the entertainment capitol of the world. You’ll be swooping down on Fremont Street, flying high above Historic Downtown, and circling around Stratosphere Tower. But this is only a small part of it, because you’ll see so many sights you’ll actually lose count. You’ll probably agree, that as far as helicopter rides go – this is a good one!

The beauty of this is, while you and your staff are flying over Las Vegas having the time of your life, they’ll think the only reason for you arranging this is to reward them for their work over the past year. Mostly it is of course, but there’s another positive side. Events like this help to create bonds between your workers, so they build a greater sense of teamwork. Being the boss, you’ll know that teamwork is extremely important in the working environment, and the more you do to promote it, the more successful you’ll be, in theory. So this is really also a team building exercise too!

Back to the Las Vegas tour – after flying over more of the city’s sights such as Bellagio, Treasure Island and the Paris Hotel, your helicopter ride will come to an end, and it will be back to the limo and a drive to the club of your choice. As part of the VIP package, you and your colleagues will get guest list access passes to one of ten selected nightclubs in the city. These include the likes of Tao, Voodoo Lounge, Jet, Surrender and Ghostbar. You will be spoiled for choice, as you take to the dance floor and rock the night away with all the entertainment your selected club has to offer.

Back in the office, you’ll be talking about your Las Vegas tour for many months to come, and you’ll find that those you’ve taken on the tour will work better with each other, and be more of a team. In the future, if you find this successful, you could try a different tour, such as a Grand Canyon helicopter tour, that will take you out over the Grand Canyon north rim, landing you on Eagle point where you can walk over the Grand Canyon Skywalk. This is another truly memorable experience, where you actually get to stand 4,000 metres above the Grand Canyon, with the Colorado River below on a Grand Canyon glass walkway. Yet another team builder!